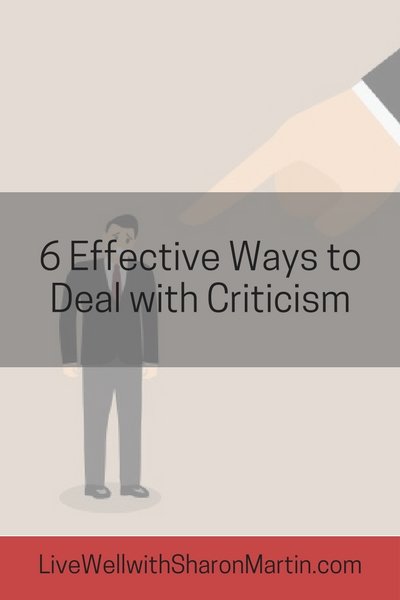 Nobody likes criticism, but some of us are particularly sensitive to it. Do you take it personally if your boss tells you to be quiet during a meeting? Does it ruin your day if someone gives you a judgmental glare when your child throws a tantrum? Do you feel like a failure when a  client rejects your proposal? How do you deal with criticism?

For perfectionists, criticism feels like your flaws are being exposed. You work so hard to conceal them, that it’s extremely painful to have them brought to light.

How do you react to criticism? Some people seem to be able to shrug it off. Others may internalize the criticism and deeply believe it is the truth. You may cry or feel worthless. As a result you may take fewer chances and “play it safe.”  Some lash out in anger and defensiveness. You may even be highly critical of others.

Criticism is a fact of life. If we’re going to do anything at all, we risk criticism.

“There is only one way to avoid criticism: do nothing, say nothing, and be nothing.” – Aristotle

Obviously, never saying or doing anything doesn’t seem like a good strategy for dealing with criticism. Everything involves some risk. And with risk, comes the possibility that others will disapprove or not like what we do.

Since we can’t avoid criticism, we need to learn to deal with criticism.

How to deal with criticism:

1. Consider the source. Do you value the criticizer’s opinion? Does this person have a pattern of being helpful or hurtful? Criticism from a close family member should carry more weight than criticism from an anonymous stranger.

3. Have an attitude of growth. Be open to learning and changing. Instead of focusing on the negative, take this is an opportunity for self-improvement.

4. Let go of what doesn’t feel true and don’t take it personally. If the criticism really doesn’t feel valid, shift your focus. Don’t dwell on it and over-analyze it. Try to accept that it may not be accurate and concentrate on your strengths. Not all criticism is really about you. It may be a projection of someone else’s insecurity, jealousy, or unhappiness.

6. Show yourself compassion. In addition to feeling those tough feelings, be kind to yourself. Give yourself a treat and use positive self-talk such as, “This criticism hurts, but it doesn’t define me.”

“You can’t let praise or criticism get to you. It’s a weakness to get caught up in either one.” – John Wooden

Your self-worth isn’t determined by how many people like you, your work, or your choices. Be open to feedback from those your respect, but also know that you can’t please everyone and that’s okay. 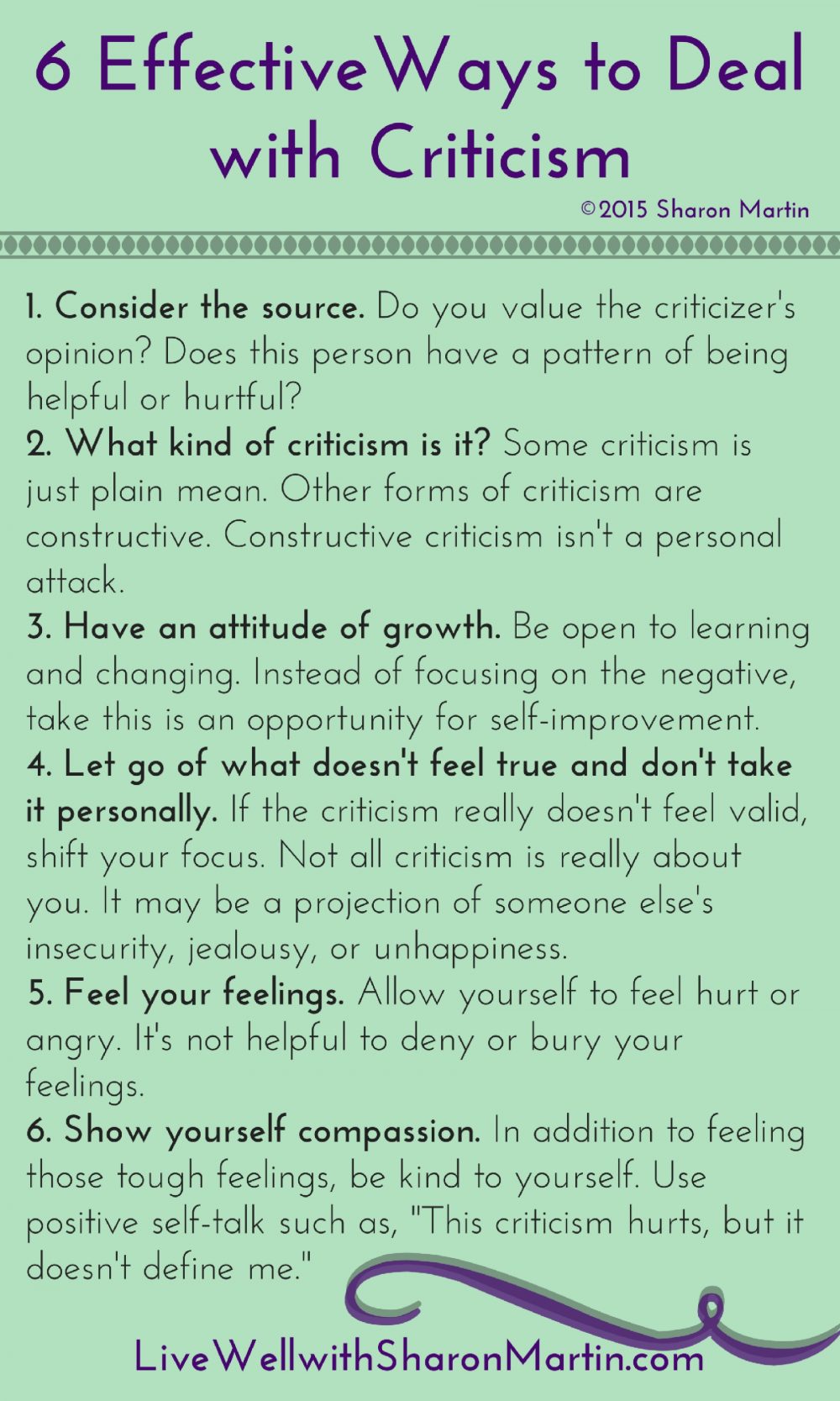 2 thoughts on “6 Effective Ways to Deal with Criticism”