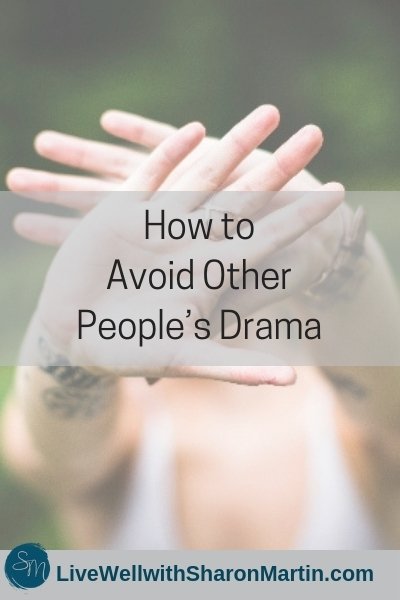 We all know a person or two who’s overly dramatic. Perhaps it’s your mother or cousin, your coworker, or your neighbor.

It’s draining to spend time with people who exude negative energy, always seem to have a problem or crisis, and demand your attention. Often, overly dramatic people, such as these, want to suck you into their negativity vortex.

What is “dramatic behavior”?

When you visit your family, do you feel like you’ve stepped into an episode of The Real Housewives or Big Brother? If so, you know exactly what I mean by overly dramatic behavior – it’s intense, loud, aggressive, childish, inappropriate, or a huge emotional reaction. It frequently includes crying, yelling, gossiping, “emotional dumping”, and acting like everything is a crisis or emergency.

Being around other people’s dramatic behavior is mentally exhausting and anxiety provoking. It can feel like a dark cloud looming over you and shifting a joyful occasion to one of upset and negativity. Sometimes you can almost feel it in the air; you can sense when others are amped up or on high alert (especially if you’re an empath or highly sensitive person), which is why it’s so draining to be around other people’s drama.

Dramatic behavior is attention-seeking behavior and when we react and get drawn into it, we’re rewarding this behavior and sending the message that it’s an effective way to get our attention. Drama tends to build on itself, pulling people in and becoming contagious. It’s hard work to protect yourself from the natural instinct to react.

How do we protect ourselves from other people’s drama?

Here’s how to create an invisible bubble around yourself to keep other people’s drama out of your physical and mental space.

1) Accept that you can’t change their behavior.

Remembering that you can’t make people behave differently is always the first line of defense. When you interact with people with this in mind, you’re less likely to give unwanted advice, engage in arguments, or be disappointed that Aunt Mary is once again having a crisis.

Spend some time reflecting on when drama has occurred and who has caused it in the past. Often there are patterns and repeat offenders and recognizing when you’re most vulnerable can help you prepare and create a plan to use the following strategies when you’ll need them the most.

The key to dealing with drama-makers is to stay calm and not feed into it. They are looking for you to react -- and react in a big way. They truly want you to drop everything and focus on them. Your goal is to let the drama wash over you like a wave, but not pull you under. Deep breathing, grounding exercises, mantras, and other anxiety-reducing strategies can help.

4) Physically remove yourself from the drama.

Sometimes you need to put some space between you and the drama. Plan to take some breaks: step away from the drama by going for a walk or play with the kids or pets. I assure you that it’s perfectly reasonable to retreat to another room (or even the bathroom) for 15 minutes so you can regroup. And if things feel overwhelming, let people know you’re not feeling well and go home early. This is a form of self-care and you need to do it for yourself even if others are unhappy with your decision to leave. 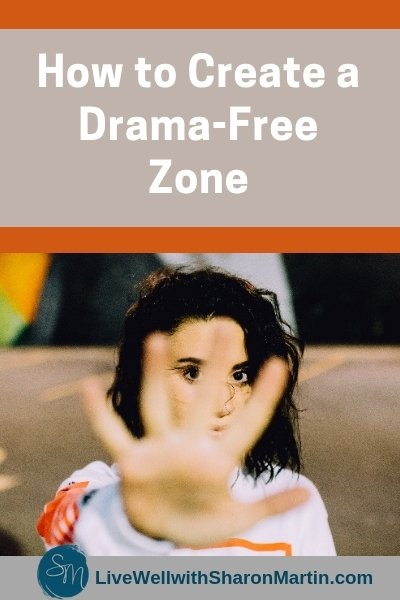 The drama isn’t about you – no matter what anyone says. Another helpful thing to keep in mind is your drama-loving relative is projecting their issues, traumas, and insecurities onto you. Yes, it’s hard to not take things personally if you’re used to being blamed and singled out as the problem. Try thinking about what your relative’s behavior reflects about him or her instead of what it means about you.

This is a 12-step saying that means focus on yourself and don’t get overly concerned about what others are doing. You shouldn’t take responsibility for solving other people’s problems (chances are you can’t anyway). However, when you think you can or should intervene, you’ll get sucked into other people’s drama. Even though it’s hard to sit by and watch other people in pain, don’t make it your job to fix or change the situation. If someone tries to draw you in, you can even say, “I’m working on staying in my own lane.”

Your dramatic relative or friend probably lacks boundaries, which means you’re going to need super clear and consistent boundaries yourself. They feel entitled to highjack conversations, make demands, and think everyone’s plans should revolve around them. It’s your job to draw a line and let them know what’s acceptable behavior and what you’re willing to do. Don’t compromise your health, emotional well-being, or ability to enjoy social events in order to satisfy their unreasonable demands.

Whenever possible, enlist support. This can be another family member who would also like to remain drama-free. Or it can be a friend who’s willing to debrief with you after a drama-filled event. Don’t be afraid to reach out for support before, during, and after spending time with a dramatic friend or relative.

I hope these tips will help you avoid other people’s drama whenever possible. 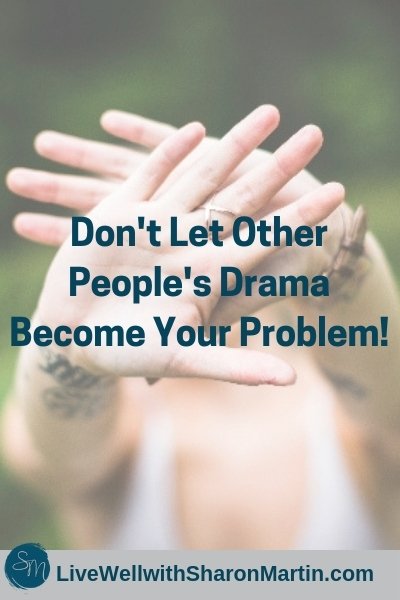 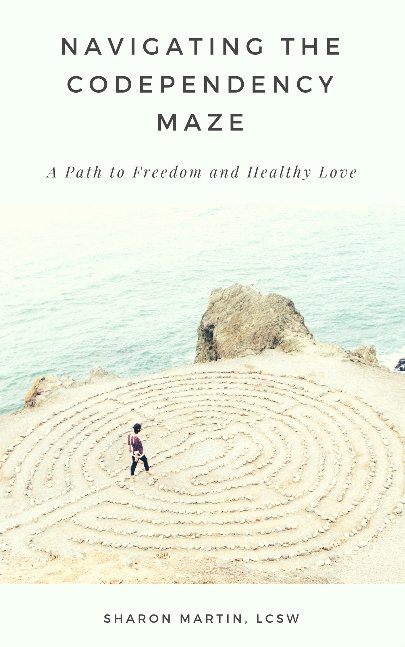 Free yourself from codependent patterns

Navigating the Codependency Maze provides concrete exercises to help you manage anxiety, detach with love, break through denial, practice healthy communication, and more. It was written by Sharon Martin, a psychotherapist with over 20 years of experience helping people overcome codependency, people-pleasing and perfectionism and find their way back to themselves. For more info and to view sample pages, click HERE.

©2018 Sharon Martin, LCSW. All rights reserved.
Adapted from a post that first appeared on PsychCentral.com.
Photos by Drew Hays and Isaiah Rustad on Unsplash.com.

901 Campisi Way #150, Campbell, CA 95008
408-982-6535
info@LiveWellwithSharonMartin.com
We use cookies to ensure that we give you the best experience on our website. If you continue to use this site we will assume that you are happy with it.OK