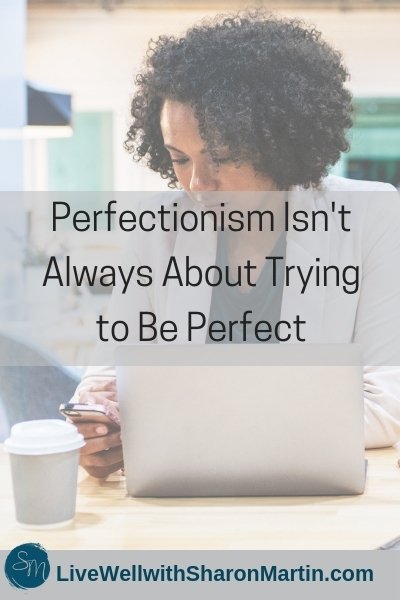 Perfectionism isn't always about trying to be perfect. Learn about six hidden signs of perfectionism.

Are you a perfectionist? The answer might not be as obvious as you think.

When we think of perfectionists, we tend to think of people like Jo, Darren, and Pamela.

Jo keeps an immaculate home. It looks more like a picture out of Better Homes & Gardens than home to three young kids and a dog!  Jo spends every spare moment, cleaning, organizing, and decorating. She even folds their underwear KonMari style.

Darren spends inordinate amounts of time writing and rewriting emails and text messages. Not only does he double check his spelling, but he verifies his facts, and he carefully words everything, being sure he won’t inadvertently offend someone.

Pamela is a hard-working chef and restauranteur. Every week, she agonizes over finding just the right ingredients and recipes. Pamela demands perfection from herself and her staff – and when they don’t deliver, she berates them ala Gordon Ramsey.

Jo, Darren, and Pamela exemplify many of the stereotypical traits of perfectionists -- setting impossibly high standards, criticizing themselves and others for even the smallest imperfection or mistake, and re-doing tasks until they’re perfect.

We think of perfectionists as people who look perfect on the outside -- the straight-A students, championship athletes, models, successful entrepreneurs, and Type-A personalities. But there are many hidden signs of perfectionism that make it hard to spot.

Many perfectionists don’t recognize their perfectionism because they feel so imperfect. They’re hyper-aware of their flaws and mistakes. They don’t look put-together on the outside. They haven’t won lots of awards or been promoted to chief of anything.

Perfectionism isn’t just about trying to be perfect

Perfectionism is a symptom of low self-worth. It reflects an internal belief that you’re not good enough, that you’re not as smart, funny, or sexy as everyone else. And this belief pushes many perfectionists to excel. But other perfectionists are almost paralyzed by it, unable to take action or make decisions out of fear that doing so will confirm their inferiority. But no matter which type of perfectionist you are, you don’t think you’re inherently worthy, so you constantly need to prove your worth.

1) You have a hard time relaxing

Do you make excuses for why you can’t take time off from work or spend an evening relaxing? Do you read emails while watching television or find other ways to multi-task during leisure activities? Perfectionists have a hard time relaxing, enjoying downtime, and doing things just for pleasure. They’re more comfortable when they’re engaged in goal-directed activities that (to them) have a purpose. Perfectionists are apt to see relaxation and self-care as a waste of time or something to do when all of their work is done (which is usually never because they expect so much of themselves).

When perfectionists do engage in leisure activities, say golfing or baking, they turn them into a competition with others or a quest to better their performance. Driven by fear and low self-worth, they need to prove their worth, so even hobbies and fun activities become competitive and goal-focused.

We assume that perfectionists are work-horses (and many are), so it seems counterintuitive that they also struggle with procrastination. But procrastination, like perfectionism, is rooted in fear – fear of failure or inadequacy, specifically fear of not doing a good job or knowing how to do something. So, many perfectionists have a hard time starting or finishing tasks unless they’re confident in their ability to excel.

The same fears that cause procrastination can lead to missing opportunities entirely. Perfectionists tend to play it small – sticking to what they know they’re good at -- because they don’t want to fail, be criticized, or embarrass themselves. As a result, they don’t try new things, whether it’s an invitation to try skiing or applying for a new job.

5) You worry about what other’s think of you

Are you a people-pleaser, deferring to other people’s preferences to keep the peace, afraid of offending or displeasing others? Perfectionism is less about being perfect than it is about trying to please others, meet their expectations (including society’s expectations for what it means to be a good or successful man, woman, parent, etc.), and avoiding criticism or rejection.

6) You’re unhappy even when you succeed

No matter how much they accomplish, how many accolades they receive, or how much money they earn, perfectionists are never satisfied. Instead of acknowledging their successes and feeling good about them, they tend to focus on minor mistakes and inefficiencies, thinking they could have done even better or that if they were truly smart (or successful or beautiful) they wouldn’t have had to try so hard. They never feel like they are enough.

You can also learn more, in my book The CBT Workbook for Perfectionism: Evidence-Based Skills to Help You Let Go of Self-Criticism, Build Self-Esteem, and Find Balance (available from Amazon, Barnes & Noble, Target, and other major retailers). 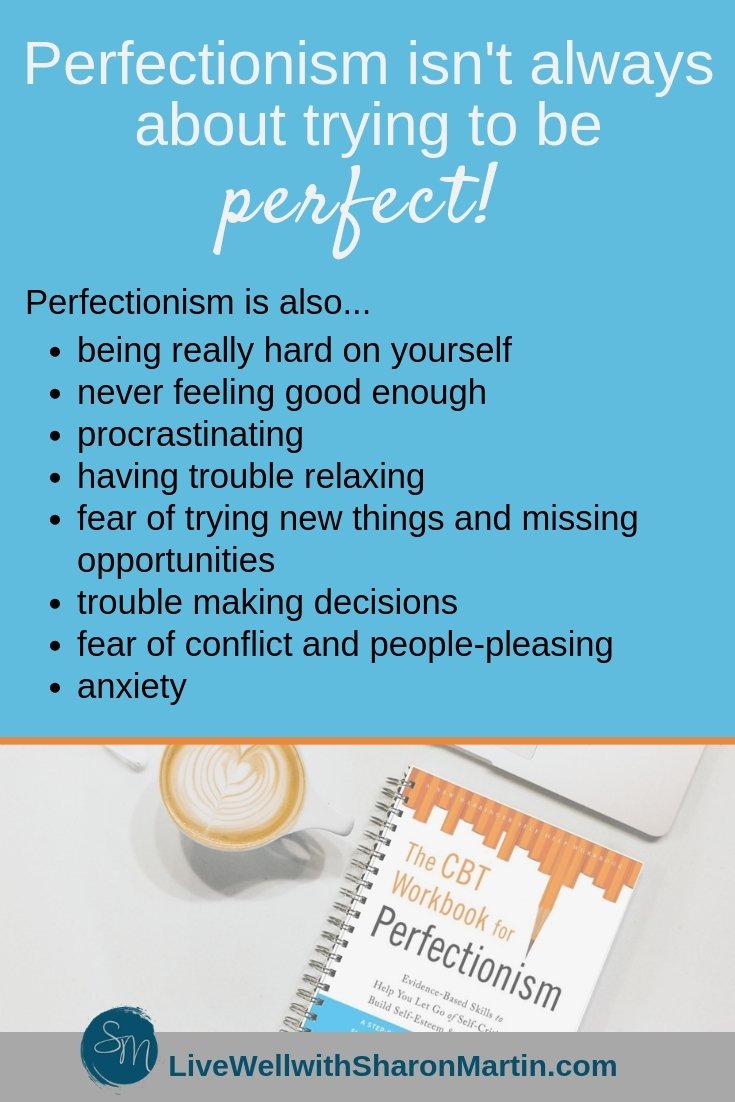 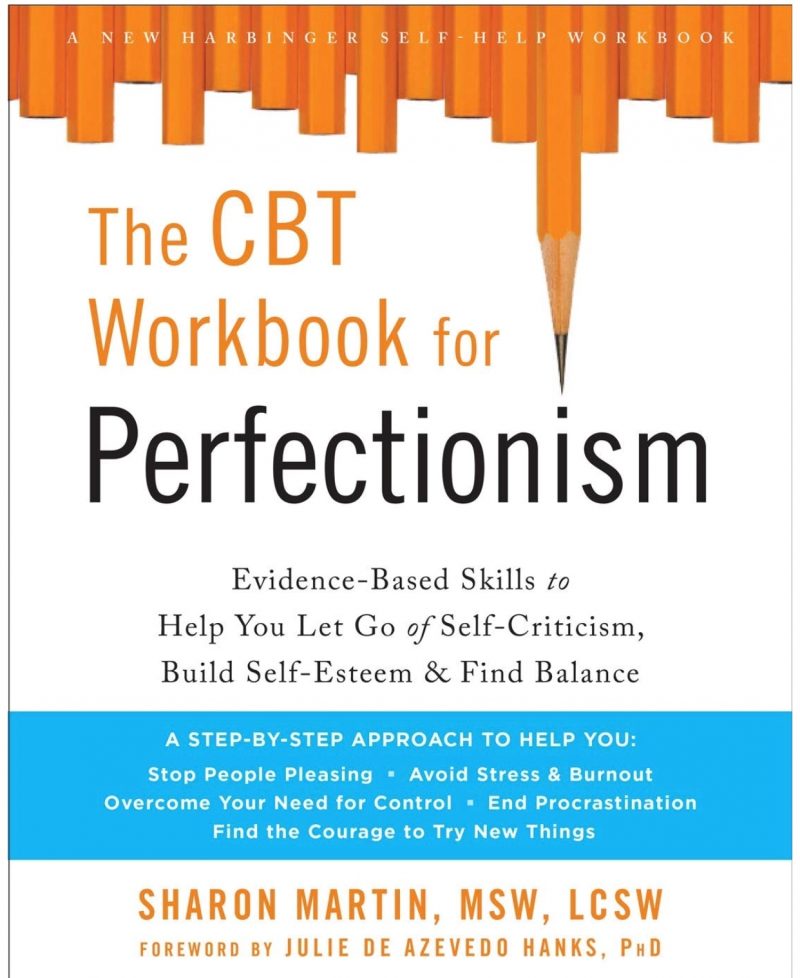